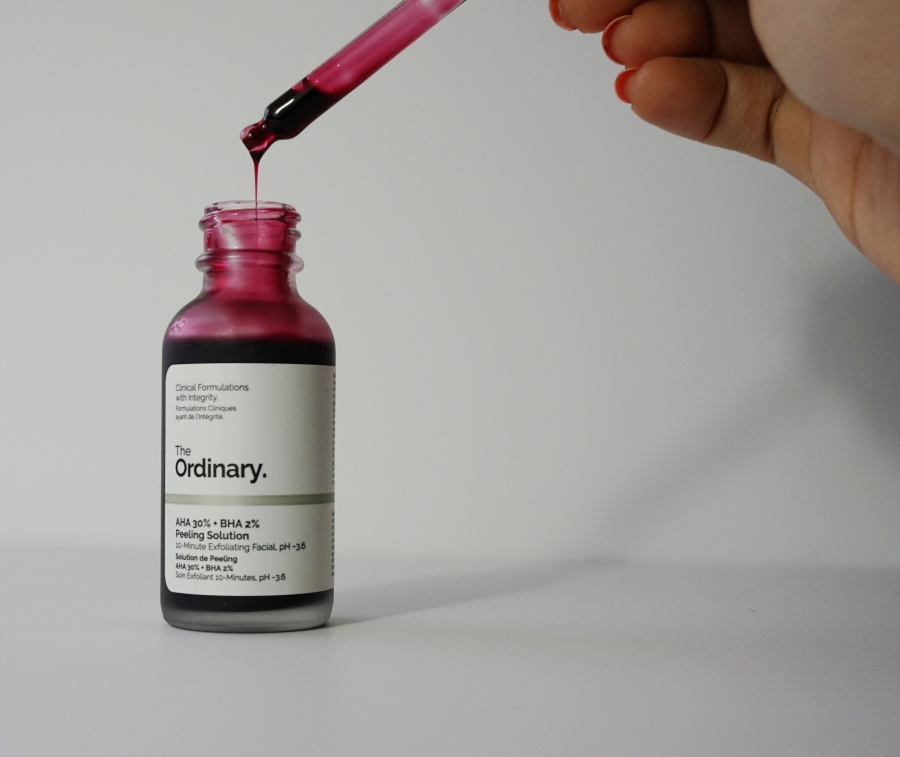 We’ve all been there. You try a new skincare product and after a few weeks you start to notice more bumps, redness, blackheads and pimples. All of a sudden you realize your face is looking way worse than it did before you started that cursed new product!

But modern society, beauty blogs, Instagram and that hopeful voice in your head might make you think: This could just be a purging process.

But that worried, slightly anxious voice in your head yells at you: YOU’RE BREAKING OUT!!!!

So how do you know if you’re purging or breaking out? Should you ditch that new product or stick with it? And while we are at it, what the F does purging REALLY mean anyways?

Well before we can answer that question we have to look at pimples themselves.

When you break it down, a pimple is simply dead skin cells that get trapped inside of your pores.

This trapped gunk can take many forms on your face: clogged pores are dead skin cells and sebum that create plugs; blackheads are clogs that oxidize when the tip of the clog hits air; and acne is trapped skin cells, sebum and inflammation. (fun!)

Something important to note is that the life cycle of a pimple is about 6-8 weeks. That means there could be a whole heck of a lot of things brewing underneath the surface of our skin that we can’t even see yet. *shudders*

Okay, now that we got that refresher out of the way, let’s talk about purging.

I feel like purging is a buzz word in the beauty industry. How many times have you heard someone (often trying to sell you something) say, “oh your skin is just purging,” or “with purging you just have to keep going until it gets better?”

Purging has somehow become the scapegoat for many to blame for bad skin reactions.

So what is purging really?

Purging is the acceleration of the life cycle of a pimple. Remember that pimples can be lurking underneath your skin, out of sight, for about 6-8 weeks before making themselves known.

The term purging refers to the phenomenon of speeding that time up and making those pimples emerge from their den of iniquity much faster. And often all at the same time.

So basically, purging refers to throwing those buggers out of that den and denying re-entrance. Good Riddance.

Breaking Out is Hard To Do

So what about breakouts? How are they different than purging?

Here’s the simple break down.

So the thing about breakouts is that they don’t really get better, they just keep going on and on without end. Wonderful.

Purging is different because purging causes the pimples to get up and out and then stay out.

So the way you can tell the difference between the two is if your skin looks better in 6-8 weeks, you have just gone through a purging process. If your skin doesn’t get better in that time, you’ve been breaking out and should stop use of that new product.

Oh, so you don’t have the luxury of time to sit through a million pimples cropping up on your face for weeks on end?

Well in that case, here are some questions you can ask yourself to help figure out if your million pimples are being caused by that new product and if you need to ditch it now!

What Kind of Product Is It?

Here’s the thing. There really is only one type of product that can cause purging.

Specifically, chemical exfoliants. See, these products are designed specifically to turn over dead skin cells, AKA, the gunk that causes pimples.

Products that don’t contain these ingredients can not produce purging.

I repeat, products that DO NOT contain chemical exfoliants can not cause your skin to purge.

No matter what the sales person says, if it can’t turn over dead skin cells, it can’t play the purging game.

So, if that new product isn’t a chemical exfoliant, beware because it’s causing you to breakout and you should probably stay far, far away from it if you want your skin to get better.

If it’s a chemical exfoliant, the good news is you should see clearer skin emerge from your hell of a million pimples in a few weeks. As Winston Churchill once said, “if you’re going through hell, keep going!”

Where are you breaking out? This is an important question to ask when you are trying to determine if you are breaking out or purging.

I normally get pimples on my cheeks, sometimes my nose and very rarely on my chin or forehead.

Remember, purging is just bringing to light the pimples that already existed underneath your skin. So, in theory, if you are purging you should only see pimples pop up where you normally get them.

But if you start to see pimples in new places, for me it would be my forehead, beware. Pimples in new spots are an indication of a breakout.

To Ditch or to Stick

So now we’ve got the low down on purging and breaking out and how they are different.

So should you ditch that new product or stick with it?

Ditch it if: It doesn’t contain chemical exfoliants, you have pimples in unusual spots, it’s been weeks and it’s not getting better.

Stick with it if: It contains chemical exfoliants, pimples are in your normal spots, it’s been a few weeks and your skin seems like it’s getting clearer.

Purging may be a buzzword and scapegoat in skincare, but a true purging process can really result in much clearer skin in the long run. And breakouts? Well, they are just a pain in the ass.

There was an error retrieving images from Instagram. An attempt will be remade in a few minutes.

Connect With Me On